Inside, one of the AI startups in China, iFlytek’s headquarters in Hefei, Anhui Province, a salesperson posed a question to a car parked in the showroom. “Is there a coffee shop near me?” the salesperson said, to which an artificial intelligence assistant quickly responded, “There are 15 of them, which one would you like to go?”

The race for supremacy in AI-powered automotive voice recognition is heating up in China, as the world’s biggest auto market increasingly becomes a standard-bearer for technology. Homegrown player iFlytek expects to install its voice technology in 30% more vehicles in 2022 from last year, while U.S.-based Cerence looks to woo Chinese automakers with its ample experience with global customers. The two are neck-and-neck in the Chinese market, each controlling a share of about 40% in 2020. In-car assistants let drivers operate navigation, play music and turn on the air conditioner with their voice. The technology is expected to expand as autonomous driving technology moves forward, with some features such as voice-controlled stopping and parking having already become a reality. The new Changan Oshan Z6, which features a built-in microphone, starts when a driver tells it to turn on the engine after registering his or her voice. 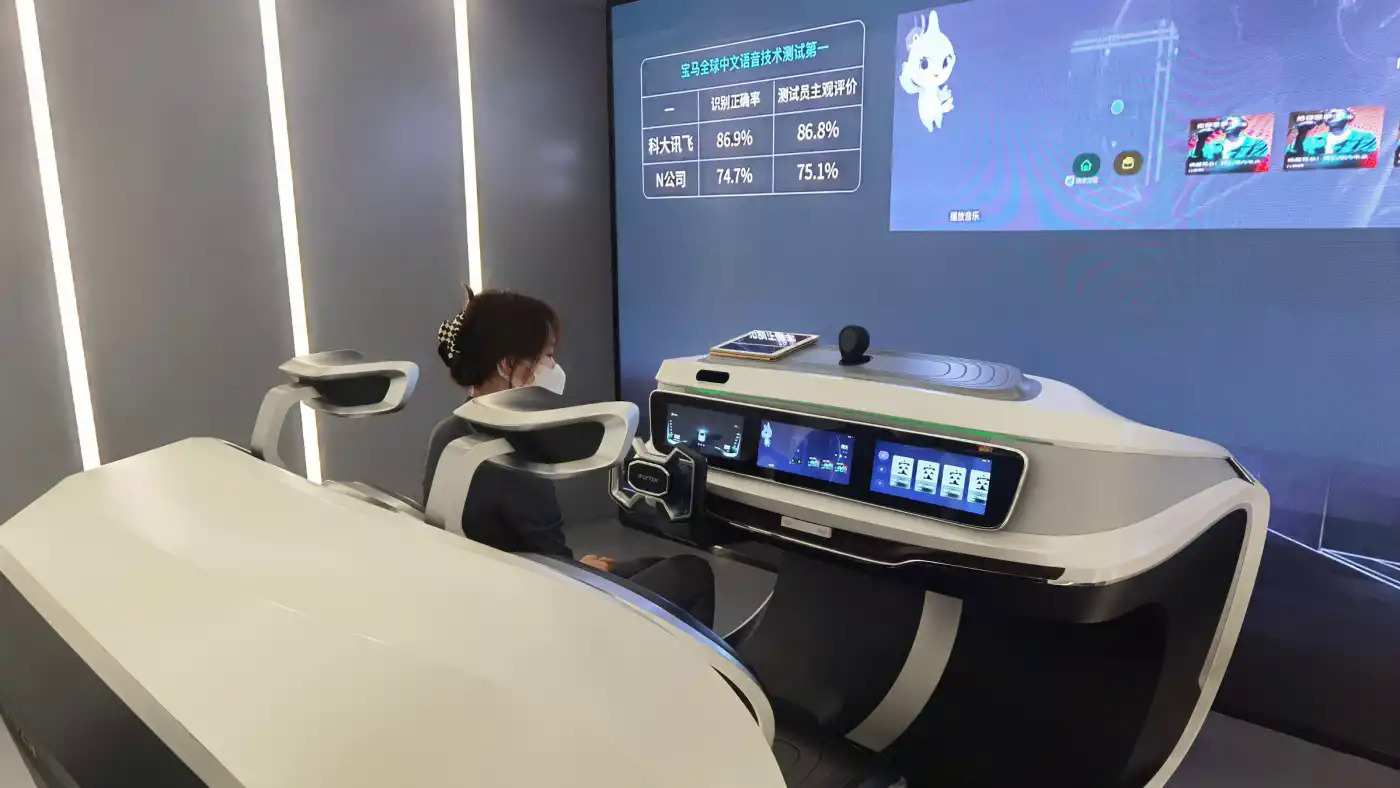 “New models let you move a car when you’re not even in it. This is helpful when you’re leaving a tight parking space,” said a salesperson at a Changan Automobile dealership in Dalian, referring to iFlytek’s technology in the automaker’s vehicles. About 7 million vehicles integrated an iFlytek system in 2021, and the number is expected to rise to 9 million units this year, Senior Vice President Jiang Tao told investors. The company, which has deals to supply its technology to more than 40 companies in and outside of China, plans to set up a new development center at a cost of 2 billion yuan. Controlling about 40% of China’s automotive voice technology market, iFlytek is seeking to boost automobile-related sales from a relatively small 300 million yuan ($47.3 million) in 2020 to 10 billion yuan in 2025.

Cerence, which controls more than half the global market, boasts a customer list of more than 65 automakers around the globe, including BMW, Ford Motor and Toyota Motor, as well as China’s SAIC Motor and Chinese electric vehicle startups. When setting sights on international markets, automakers in China need globally established partners such as Cerence, Charles Kuai, chief strategy officer, says.

Sources of information is Nikkei Asia.