SYDNEY, May 16 (Reuters) – Asian share markets were attempting a rare rally on Monday after Wall Street managed a bounce from deep lows, though investors were also braced for bad news from Chinese economic data due later in the session.

Forecasts are for a fall of 6.1% in China’s annual retail sales, while industrial output is seen rising just 0.4%. Risks are to the downside given new bank lending in China hit the lowest in nearly four and half years in April.

“The reports should highlight the economic damage from the country’s zero-COVID policy – we expect contractions in production and demand indicators,” said Bruce Kasman, head of economic research at JPMorgan.

“Having lowered our full-year GDP forecast to 4.3%, the policy response to weakness remains surprisingly tame,” he added. “The CNY is where the action is, as the PBOC has been silent despite the recent sharp depreciation.” 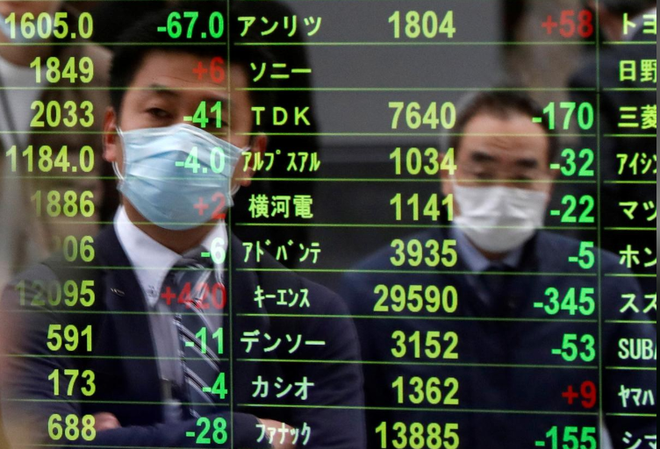 S&P 500 stock futures edged up a further 0.3% in early trade, while Nasdaq futures added 0.6%. Both remain far from last year’s highs, with the S&P having fallen for six straight weeks.