Overcoming Vietinbank and Hoa Phat, Vietcombank is the only representative of Vietnam in the top 1000 of the world’s largest listed companies according to the Global 2022 ranking of Forbes magazine. 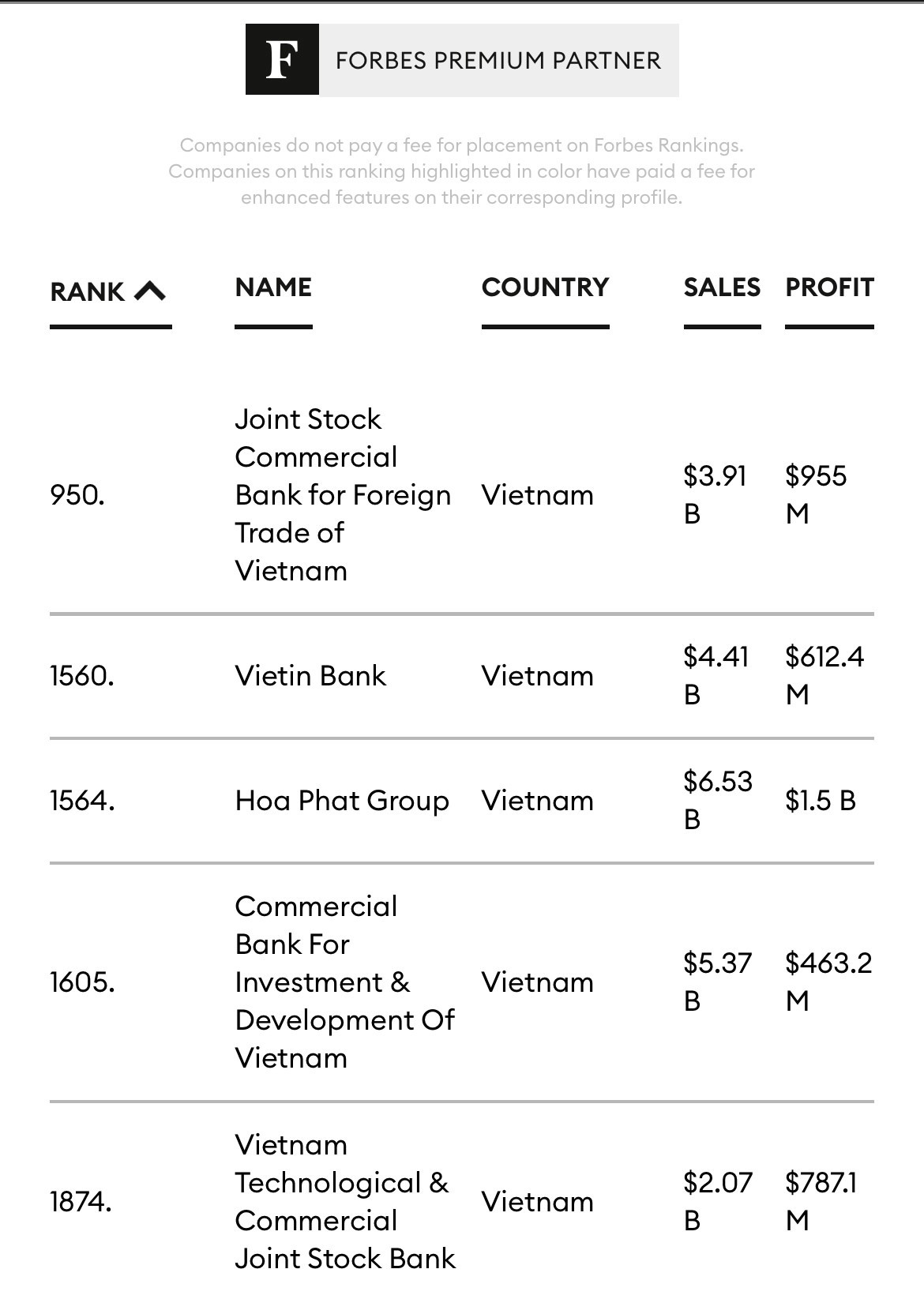 The ranking is based on criteria including revenue, net profit, total assets and market value. The organization uses financial data for the last 12 months to April 22, 2022 to rank global businesses.

Vietcombank’s network currently covers all of Vietnam with more than 22,000 employees, over 600 branches.

The strategic orientation of this bank to 2025, with a vision to 2030 is to maintain its position as the No. 1 Bank in Vietnam, to become one of the 100 largest banks in Asia, 300 large financial banking groups. the world’s largest, 1,000 largest listed companies in the world.

According to Forbes, there are 58 countries represented in the Global 2000 list in 2022. In which, the US ranks first in the number of global enterprises with 590 companies, followed by China (351) and Japan. (196). The enterprises in this year’s Global 2000 list have a total revenue of about $47.6 trillion, a total profit of $5 trillion, total assets of $233.7 trillion and a total market capitalization of $76.5 trillion.